For as long as I can remember, I’ve absolutely loved cinnamon rolls with a cream cheese frosting. When I was growing up, my Grandmother used to make the BEST cinnamon rolls, even better than one of my biggest guilty pleasures, Cinnabon. That’s exactly why I’m such a huge fan of the recipe I’m about to share with you guys…even just thinking about it now is making my mouth water! These cream cheese cinnamon roll fat bombs feature everything I love from my favorite snack. The cinnamon fat bombs are made keto-friendly by keeping the ingredients low carb and high fat, and the cream cheese frosting is unbelievably good. This is truly a high fat keto snack that’s to die for. 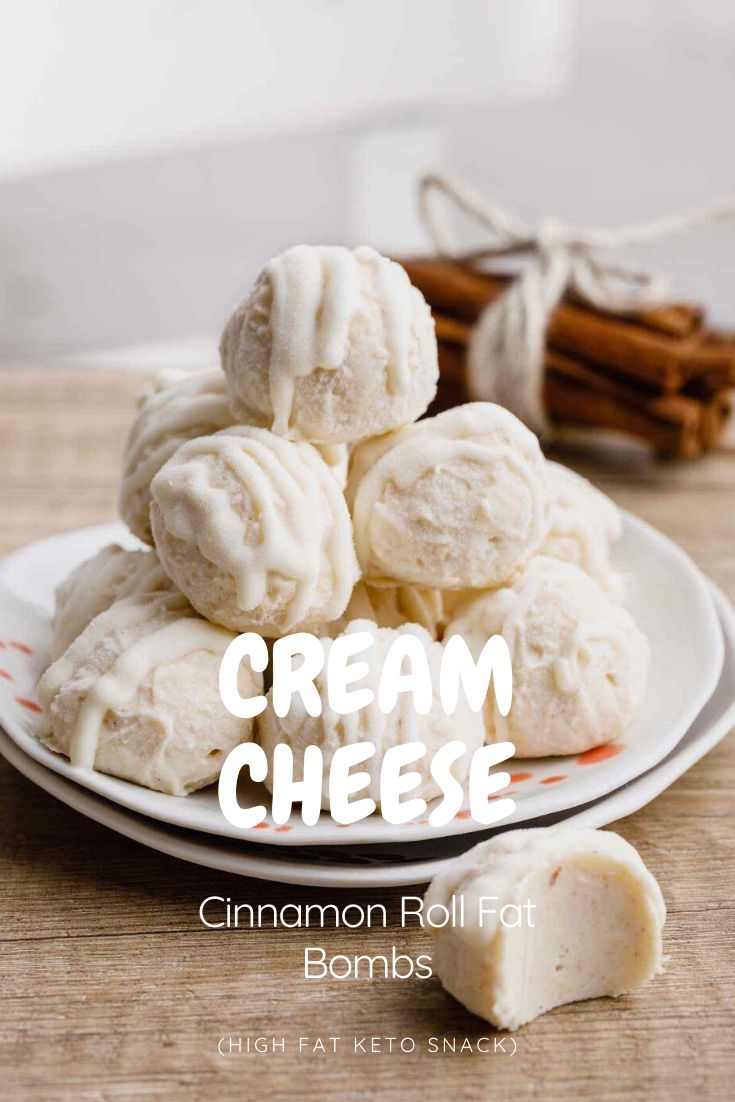